Discover our internet solutions for Asia 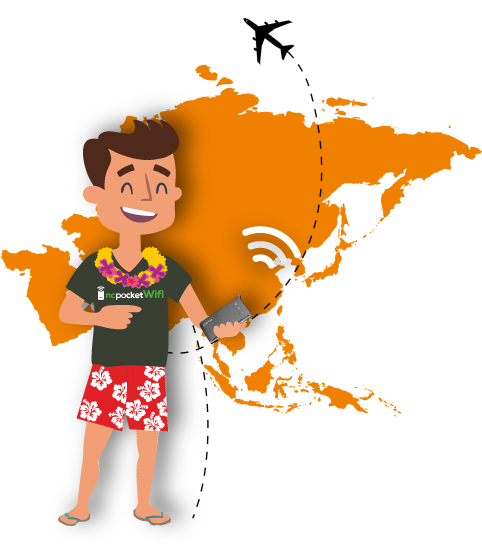 Imagine an itinerary from Japan to Indonesia via South Korea, China, Thailand, Cambodia, Vietnam, Singapore... It makes you dream! And it even becomes quite a challenge as there are so many things to explore and experiment.
Whether they are of different cultures or religions, the different peoples of these regions have in common that they can all gather in one of their countless temples. Most of them are accessible to the public and are a real architectural treasure! Just think of the famous Sri Mariamman Temple in Singapore, the Haeinsa Temple in South Korea or the Tanah Lot Temple in Bali.
On the other hand, some capitals are very strong in modern architecture and it is just as impressive to see the Tokyo Skytree, the Lotte Super Tower 123 in South Korea as the Marina Bay Sands Hotel in Singapore proudly carrying the world's highest swimming pool.
From the Forbidden City in Beijing, the Angkor Wat archaeological site in Cambodia, the Phong Nha Caves in Vietnam, Mount Fuji in Japan, the rice fields of Bali, the sanctuaries of Japan, the Bamboo Forest of Arashiyama, the Royal Palace of Phnom Penh, the Mekong Delta, the Phi Phi Islands, the beaches of Pukhet or the Great Wall of China, you will have to travel miles to discover these wonders.
If the basic elements such as rice or cooking methods come together, each cuisine has its own singularity. And the traditional dishes, sometimes spicy, sometimes unusual, will not fail to surprise you.
Are you traveling to Japan in April-May? You will have the chance to enjoy the magnificent spectacle of cherry blossoms, an event that sets the rhythm of Japanese life that bears the name of Hanami.

The necessary cookies are absolutely essential for the proper functioning of the site. This category only includes cookies that ensure the basic functionality and security features of the website. These cookies do not store any personal information.