Discover our internet solutions for Canada 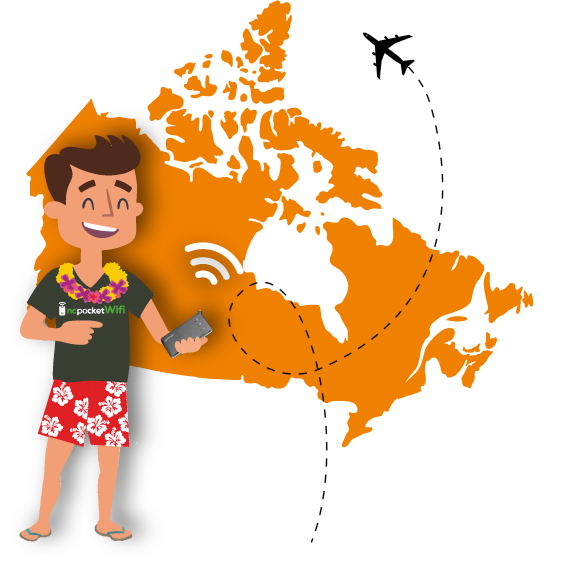 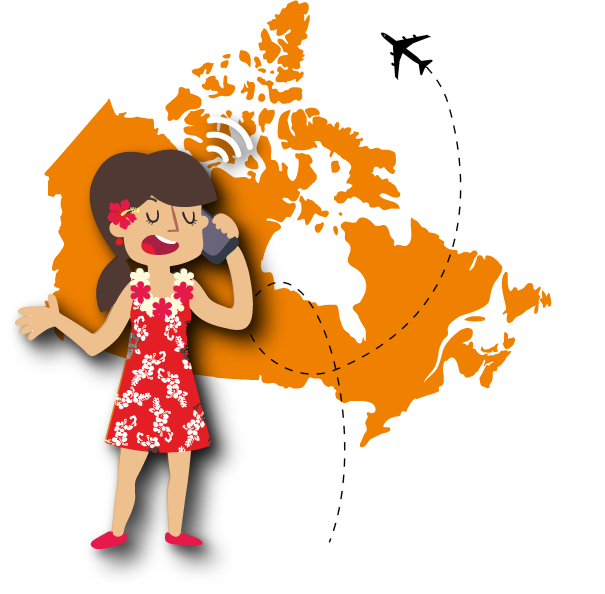 Ah Canada... Its wide open spaces, its wooden huts, its walks in the forest, its famous cold... Canada offers national parks and a nature such as you can imagine yourself taming it by climbing mountains, skiing down ski slopes, sliding on frozen lakes... (yes, yes, Canada has no less than 37,100 lakes!).

If Canada often rhymes with cold, it's because winter can last in some regions for up to 6 months and temperatures can drop as low as -40 degrees Celsius... which means you have to know how to equip yourself if you want to go outside!

Impossible not to tell you about Montreal and the province of Quebec. Moreover, do not confuse Quebec City with the Province of Quebec. The city is located in the province with the same name. Out of 10 provinces, Quebec is the only French-speaking province. It is not for nothing that they will translate everything possible into French, but paradoxically they will use a lot of English expressions. Oh boy.

In Montreal, you will discover a cosmopolitan city, student, festival-goer and gastronome. In the summer, Place des Arts or Quartier des spectacles is transformed into a real place of festivities, offering both paid shows and free outdoor shows: International Jazz Festival, Nuits d'Afrique International Festival, Les Francofolies, Montréal complètement Cirque, Zoofest, Just for Laughs Festival... but others are spreading throughout the city: Osheaga, Folk Fest, Heavy Montreal, the electronic picnic, MURAL... and some major arteries such as St. Catherine Street or Mount Royal Avenue become pedestrian for the occasion. Hard to imagine?

However, summer is an event not to be missed. It is very hot, even scorching, and the snowy pavements give way to terraces, the frozen lakes become places to swim, and you trade your boots for flip-flops. Walking through the old Montreal, a historic district, you will discover old European architecture and cobblestones on the banks of the St. Lawrence River where you can visit the Notre-Dame de Montréal Basilica, the Pointe-à-Callières Museum, the Science Centre, the Bonsecours Market, the Jacques Cartier Square... Montreal has modern buildings in the middle of old buildings, and this difference plays a big part in its charm.
Moving towards Ontario

,you can walk through the streets of Toronto, the banking, financial and artistic hub of English-speaking Canada. The CN Tower, with its 360-degree panoramic view of the city, is one of the attractions of this cosmopolitan city, where 50% of the residents belong to a visible minority group and more than 200 ethnic origins are represented.

Not far away, you can go as far as the famous Niagara Falls. Wider than they are tall, they are better known for their beauty and the fact that they straddle the border between the United States and Canada.

As you explore Western Canada, you'll pass through national parks including Banff National Park, breathtaking with its rocky lakes, glaciers and forests that you'll find in the province of Alberta. It was declared a UNESCO World Heritage Site in 1985 and is one of the most visited parks in the world. You can then push on to Vancouver, a magical cosmopolitan city on the West Coast bordered by the Pacific Ocean. An urban city in the middle of nature, Vancouver has become very touristy. And if you are not too afraid of heights, we advise you to cross the Capileno River on its 140-metre suspension bridge located 70 metres from the river.

Have a good trip!